Written by
John
Posted in
Uncategorised
Comments
Leave a comment

What to read about Glasgow: The father of Tartan Noir – the name given to Scottish crime writing – is often cited as William McIlvanney, who wrote a series of novels that are based in Glasgow and cover the city’s gritty past. Laidlaw, his 1977 novel, is widely considered to the first work in the genre and is well worth picking up. Another, slightly less underworld, book is Kevin Bridges’s autobiography We Need To Talk About… which charts the comic’s life growing up outside Glasgow and cutting his teeth in the city’s notorious comedy clubs. 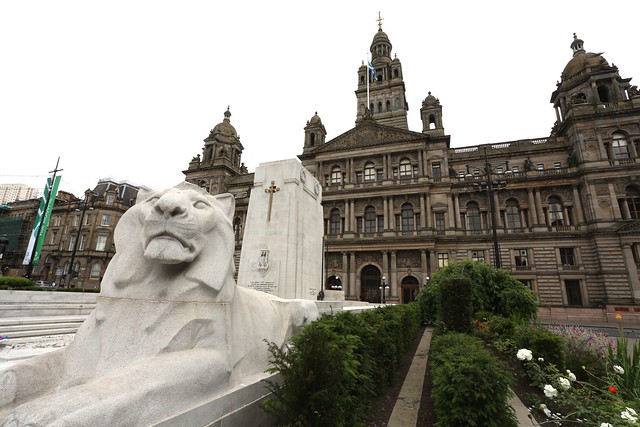 What to watch about Glasgow: “Still Game”, the sitcom about two Glaswegian pensioners, has attained almost cult status among fans. The series, which ran from 2002 to 2007, is still enormously popular and has scenes set right across the city.

What to listen to in Glasgow: Glasgow has always boasted a prospering music scene, with legendary live venues showing off local talent. Franz Ferdinand, Primal Scream, Orange Juice and Belle & Sebastian all formed in Glasgow, setting the bar pretty high. One new band to check out is White, who aren’t far off being a Scottish Talking Heads.

Where to eat in Glasgow : Given that Glasgow is the home of the tikka masala, you can’t go wrong with one of the city’s renowned curry houses. Mother India is widely considered to be one of the best, and is great for a special occasion. Alston Glasgow is great for steak, while Fanny Trollopes offers beautiful dishes including rabbit lasagne, made with the very best Scottish ingredients.

Where to drink in Glasgow : The Sparkle Horse is one of our favourite watering holes along with the Beer Café, the Rum Shack and the famous West brewery, which is housed in an incredible red-brick Victorian building.

Where to stay in Glasgow : The Hotel du Vin, in Devonshire Gardens, is one of the grandest places to stay in Glasgow. Housed in a Victorian terrace, the hotel is minutes from the city centre but only half an hour from the idyllic Loch Lomond. The Dakota Deluxe is another very smart option, with stylish rooms and a very appealing bar to boot.