What to Read about Sheffield: The Northern Clemency by Booker prize-nominated author Phillip Hensher is a sterling tale set in Sheffield during years of the Thatcher government. It plots the lives of two families amid an England that is changing before their very eyes. 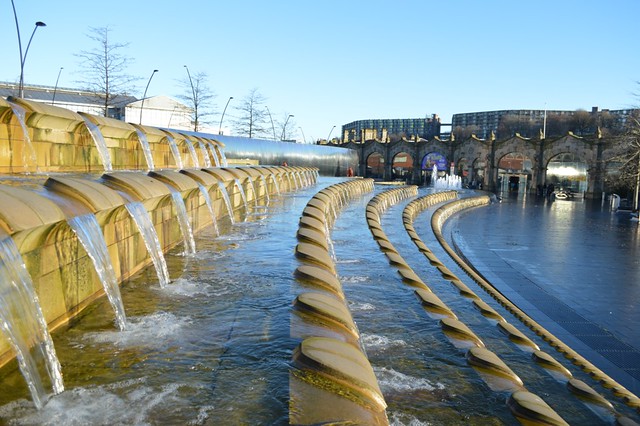 What to Watch about Sheffield: Arguably the most famous film set in Sheffield is the Oscar-winning “The Full Monty”, featuring Robert Carlyle as one of a group of unemployed men, mostly former steel workers, who become strippers. A more recent film is the brilliant black comedy “Four Lions” by Chris Morris, about a group of homegrown terrorists.

What to Listen to in Sheffield: Richard Hawley, the former Pulp guitarist and bard of the Steel City, is Sheffield through and through. Each of his albums, from “Lowedges” to “Hollow Meadows”, is named after somewhere, or something, in Sheffield.

What to Eat in Sheffield: Located in Leopold Square, Aagrah is a posh curry house that doesn’t disappoint. The restaurant takes pride in its “fruits of the sea” (fish) but we recommend the lamb Hyderabadi, which is superb. Larger groups may consider ordering the whole stuffed lamb…just remember it needs 36 hours to prepare.

What to Drink in Sheffield: Sheffield has a ton of great pubs and bars across the city. Proper local pubs like the Red Deer and Fagan’s are always worth a visit. Anyone looking for trendier bars should head to Division Street where Bungalows and Bears, a former fire station, and the Old House, which has 100 gins, are great choices.

Where to Sleep in Sheffield: Brocco on the Park is a small boutique hotel that has beautiful 4-poster beds and free-standing copper bathtubs, but is slightly out of the way. More central hotels that are also worth a visit include the Leopold Hotel and the Mercure, the latter of which is right next to the city’s impressive Winter Garden.